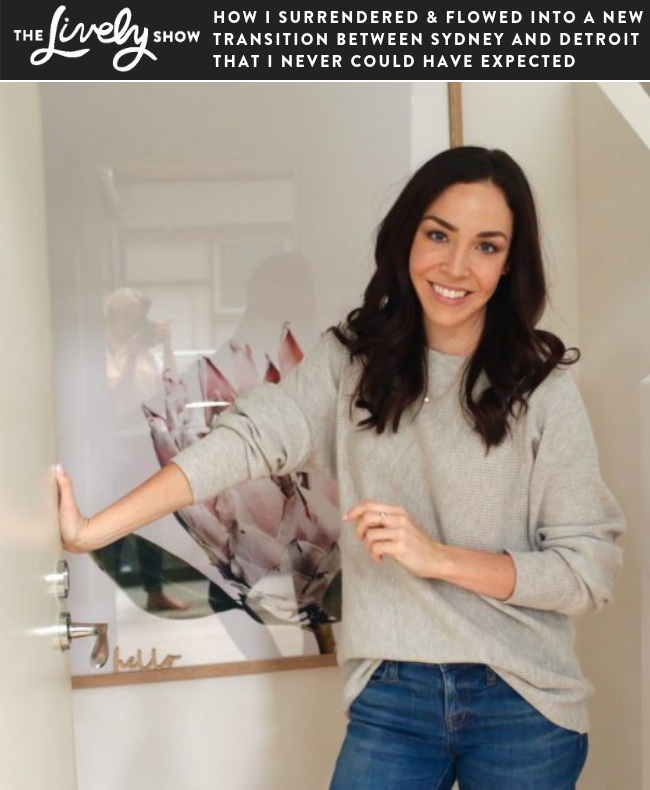 In today’s show, I’m doing another solo, spontaneous chat episode, like the Detroit move one the other week. In this show, I’m filling you in on what has happened in the weeks since that previous episode.

I’m sharing how I’m learning day by day to surrender and flow “beyond the mind” or the ego’s visualizing. I’m learning to allow my Inner Being to work through me — which has led to some unexpected outcomes in terms of what I’m going to do with my apartment in Sydney, my furniture, my first Detroit company, and more.

This episode is part-catch up with you, and also demonstrates how I’m learning to manifest without using my mind/ego to determine, visualize, and decide what should happen when… and the fascinating results so far.

END_OF_DOCUMENT_TOKEN_TO_BE_REPLACED 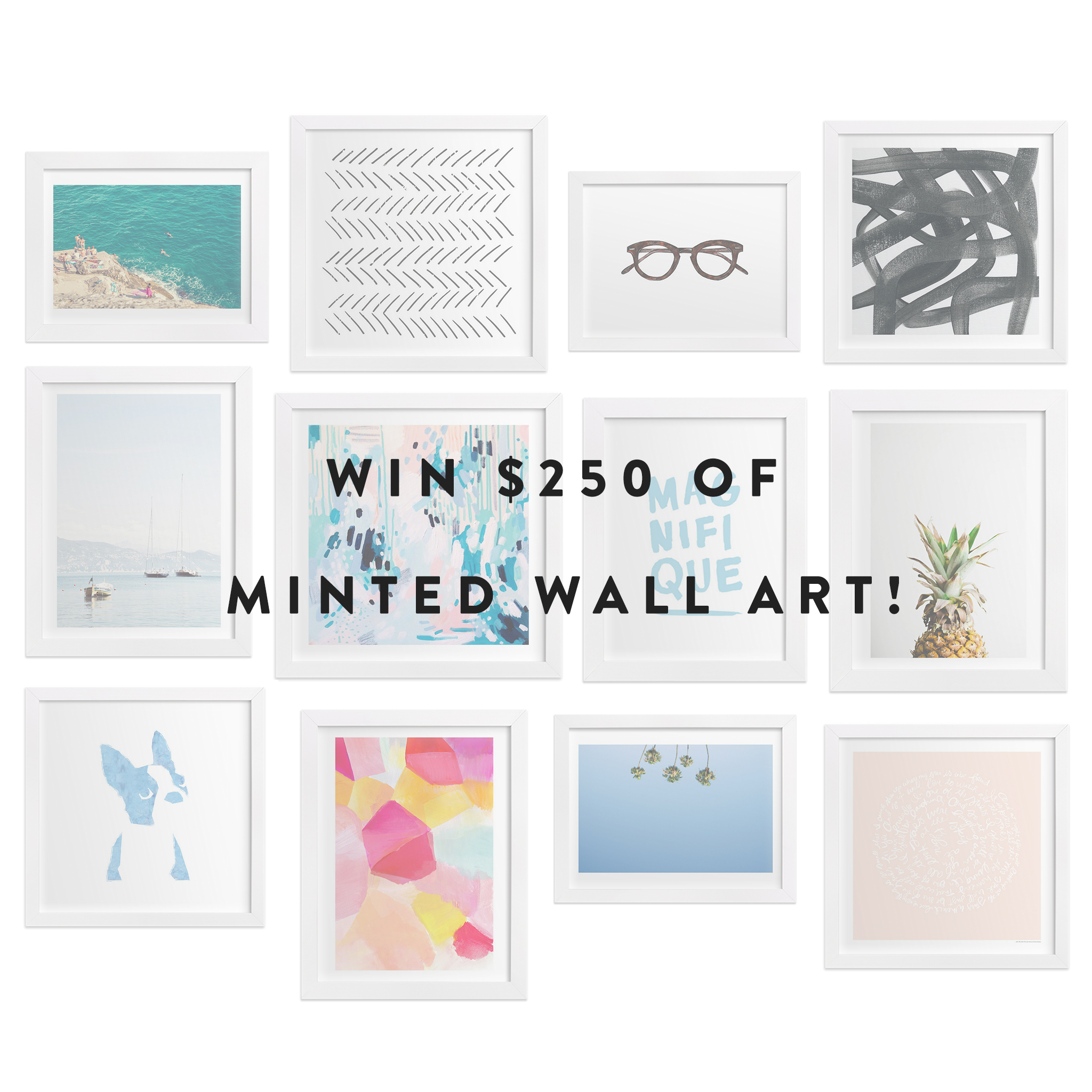 In today’s Lively Show with Crystal Palecek, I mentioned that I have created a series of mini gallery wall trios using art from sponsor Minted.com’s art marketplace that I personally love – including work by artist Katie Craig, whom I interviewed on the show (check her abstract art out in the third trio below).

As a part of this sponsorship, Minted is giving away $250 gift certificates for Minted art to two lucky listeners! Here’s how you can enter to win:

END_OF_DOCUMENT_TOKEN_TO_BE_REPLACED 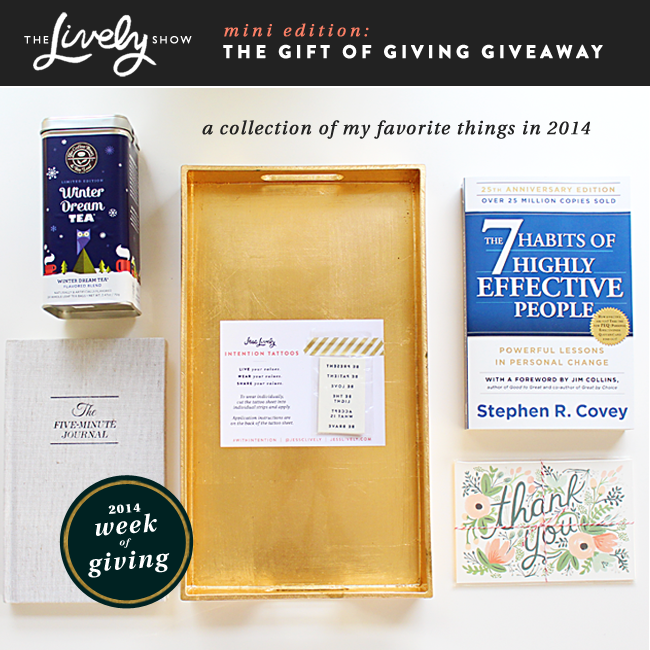 Today’s giveaway for the 2014 Week of Giving is all about giving some of my favorite things… to you!

The more I dive into the work I do, the more I feel best when I’m making sure that I’m giving as I receive.

And since I have’ve gotten so much love and support from you this year, and now it’s time that I send it right back at ya.

Today I’m giving one listener a collection of my favorite things from 2014.

Listen to the show to find out more about my favorite things and how to win them!

END_OF_DOCUMENT_TOKEN_TO_BE_REPLACED 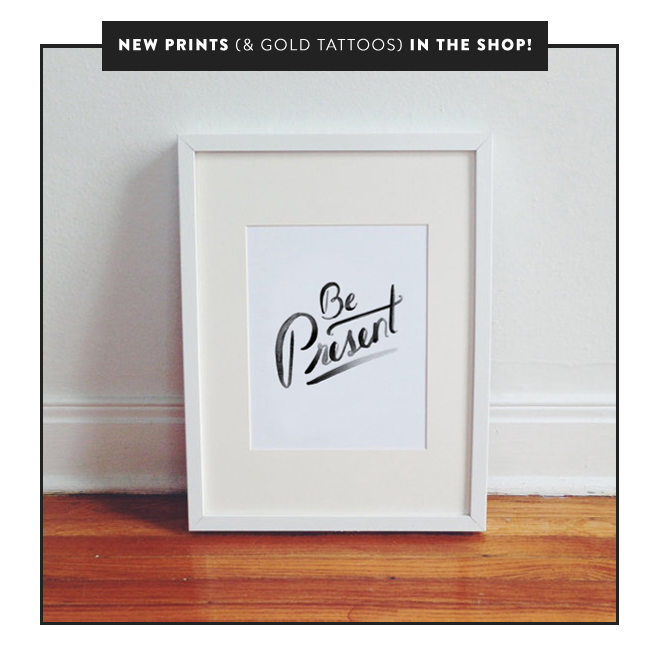 Sorry for the late post today! I have been working like crazy juggling everything with the new class launch, podcast, podcast editing, etc.

But I’m thrilled to share a project today that has been cooking behind the scenes over the past few weeks:

New prints for the shop – and GOLD intention tattoos!

END_OF_DOCUMENT_TOKEN_TO_BE_REPLACED 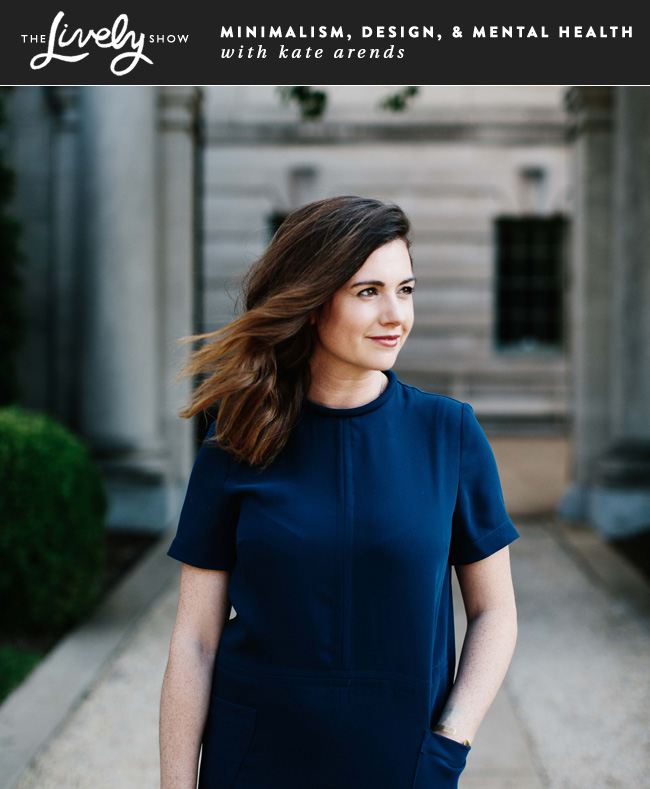 Yesterday I got back from Nashville after speaking at the AH Inspired retreat. I had a fantastic time with some amazing women.

But, today I’m back in action with a new Lively Show episode for you!

This one is good, guys.

I’m talking with designer Kate Arends, of the well known design blog, Wit & Delight, and one of the newest Target collections!

Kate is smart, honest, vulnerable, and takes her craft seriously.

In this episode, we cover a gamut of topics including: how minimalism has evolved away from its original intent, her personal journey to learn to love and accept herself, and her relationship with mental health issues.

This episode is perfect for anyone who wants to learn more about minimalism, authenticity, thriving with mental health issues, or designing for Target.

END_OF_DOCUMENT_TOKEN_TO_BE_REPLACED 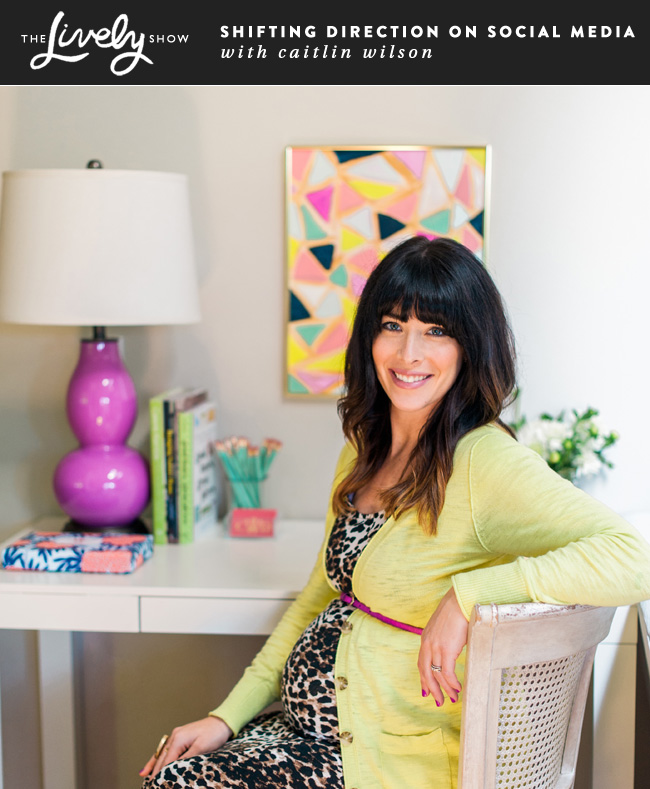 Caitlin is a talented interior designer with a popular fabric, pillow, and rug line as well as a mom of three little ones living in Portland.

In this episode, we talk about how she manages her priorities with three little ones (one of which is just three weeks old!), a marriage, and her career.

In addition, we discuss how her relationship to social media has changed over the years, particularly now that she has children.

This episode is perfect for interior design buffs, moms juggling careers, or people looking to have a more balanced relationship with social media. 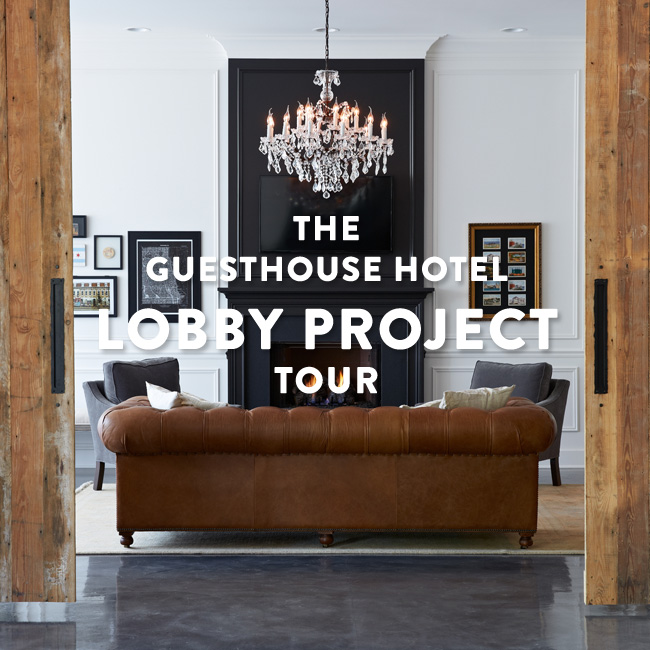 Almost two years ago, I moved into my most recent Chicago apartment with Mr. Lively.

We had just gotten married, and I was furiously decorating our entire apartment top to bottom so that it would be ready in time for our families to celebrate our marriage over Thanksgiving weekend.

While I was decorating, the builder for our (gut rehab) apartment building was walking through with city inspectors completing final inspections.

As he walked through my apartment, he asked if I was a designer.

At the time, I had only been hired by one woman in the city to help decorate her studio apartment. So I told him yes, I had done a studio, but never had the time to do it more seriously while I was juggling my old accessory company (Jess LC), the blog, traveling workshops, and business consulting.

However, since I had recently decided to close Jess LC to do the consulting and workshops full-time, I suddenly did have more time to devote to design projects.

Long story short: he hired me to design the interior of The Guesthouse Hotel lobby, decorate it, re-brand it, and re-design the website.

As an huge fan of Sarah’s House on HGTV, this was a (surreal) dream come true.

For the past 21 months, I’ve worked with them to complete all of these projects.

I’ve already shared the hotel branding before and after and a mid-build lobby update, but today I’d like to show how the lobby design came together!

We decided to go with a collected and classy “old” Chicago feel.

As you’ll see below, we started with an empty lot… which over the course of 10 months became a completed hotel expansion.

END_OF_DOCUMENT_TOKEN_TO_BE_REPLACED 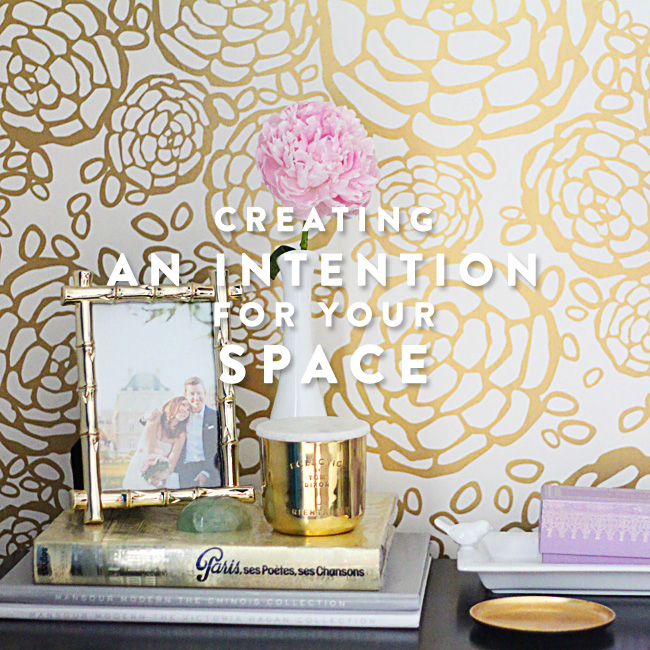 Before I get into today’s post about creating an intention for your space, I have some exciting news to share!

END_OF_DOCUMENT_TOKEN_TO_BE_REPLACED 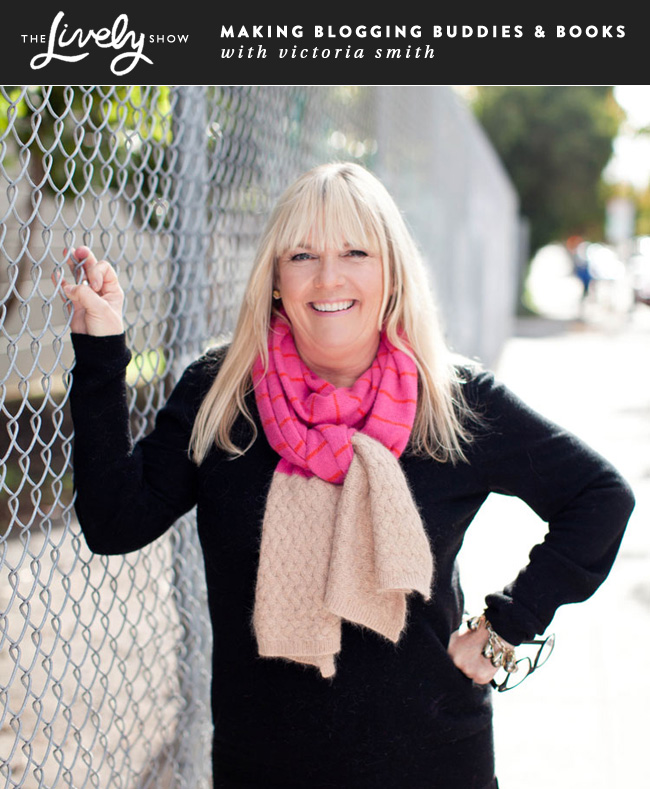 I’d like to ask you a question about an idea I am considering.

A few people have been asking for more podcast episodes, so…

END_OF_DOCUMENT_TOKEN_TO_BE_REPLACED 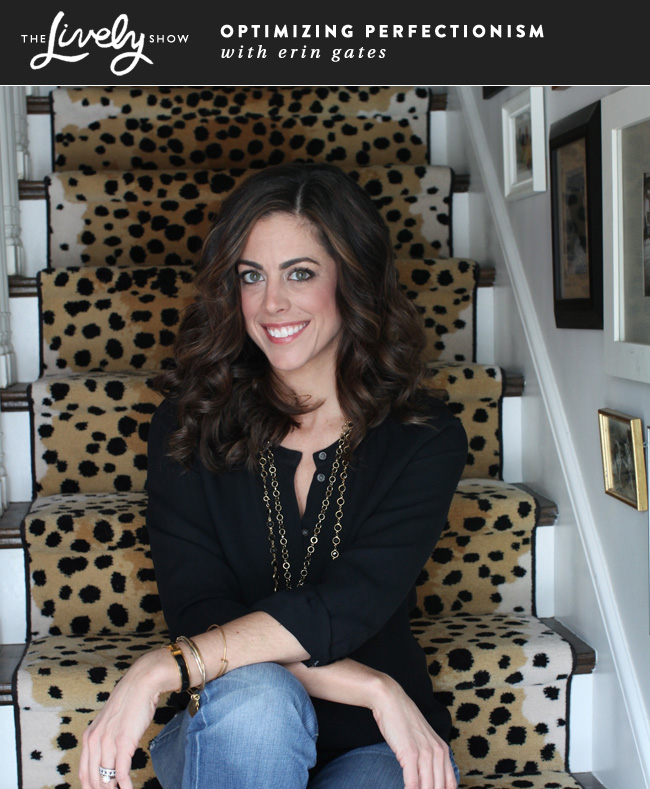 Today’s show is a huge honor for me!

I’ve been a big fan of Erin Gates of Elements Of Style for many years and I have loved reading her blog and learning from her as a designer and following her life and career.

In this episode we talk about her exceptional career path and book deal.

But our main topic is perfectionism (starting at 18:30) – how Erin has learned to make the most out of it and appreciate it for what it is, rather than fighting to change herself.

This episode is perfect for bloggers, designers, aspiring authors, and anyone who struggles with perfectionism.

END_OF_DOCUMENT_TOKEN_TO_BE_REPLACED 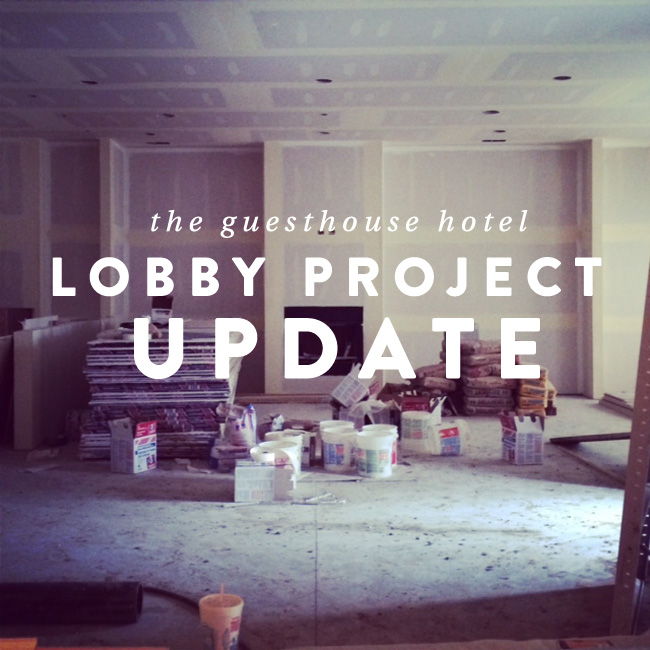 Lately, more and more of my time is being spent on The Guesthouse Hotel project that I’ve worked on over the past year.

I’ve already shared the hotel branding before and after on the blog.

But the hotel lobby progress has been shared primarily through Instagram.

What started out as an empty lot last summer:

END_OF_DOCUMENT_TOKEN_TO_BE_REPLACED 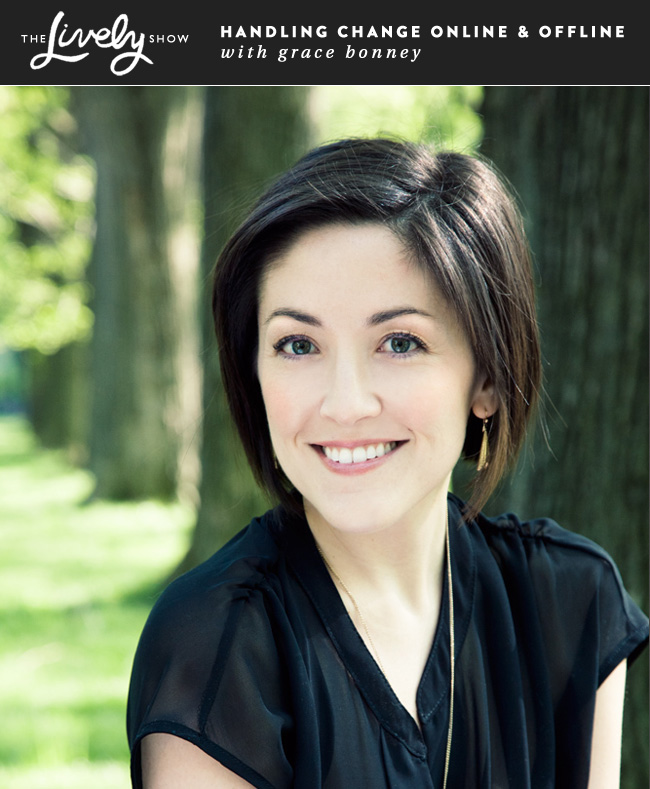 Good morning and happy Lively Show Day to you!

In today’s episode, I am talking with the candid founder of Design*Sponge, Grace Bonney.

If you’re not already familiar with Grace, she has a (hugely) popular design blog and is the author of Design*Sponge at Home.