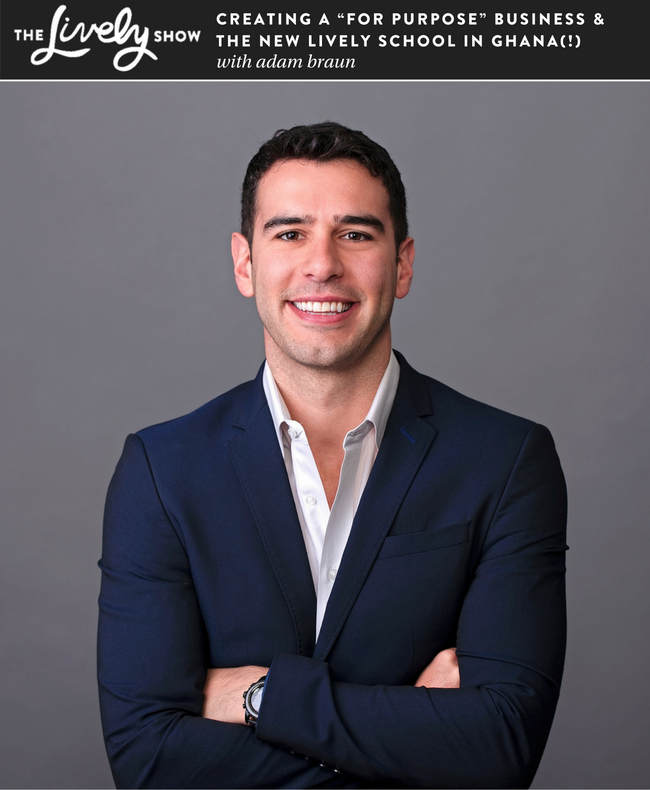 Today is a BIG day! Not only do we have a wonderful new Lively Show episode for you, I’m also on my way to go see the new elementary school that is built in Ghana thanks to you — the Lively Community!

687 days ago, I committed to donating 10% of Jess Lively Creative Inc. revenue to Pencils of Promise to build elementary schools in Ghana, Guatemala, and Laos. The first school has been fully funded and the build is at or near completion – so I’m heading over to check it out firsthand(!) with the Pencils of Promise team.

In honor of this amazing milestone, Adam Braun, the founder of Pencils of Promise, is on the show today sharing about how he began this ‘for purpose’ organization with just $25 — and has since built 363 schools worldwide.

This episode is perfect for anyone who wants to learn more about building a ‘for purpose’ business, or for anyone that wants to uplift others in the world – yet may feel like they don’t have enough resources right now to do so. 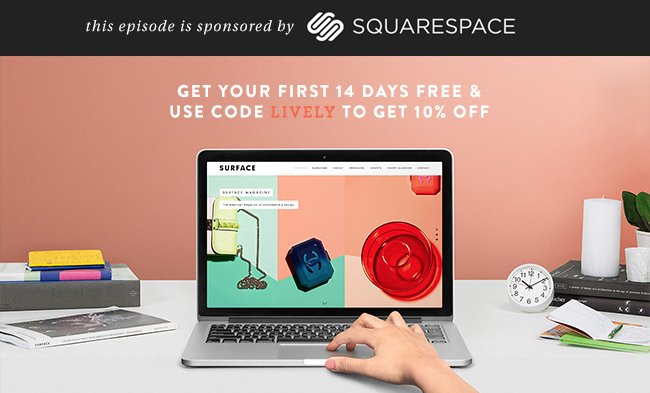 “You have a distinct purpose in being here.” – @AdamBraun

“True self discovery begins where our comfort zone ends.” – @AdamBraun

“If your dreams don’t scare you then they are not big enough.” – @EllenJohnSir